The fundamentals of woodworking call for sanding—a lot.

It’s an aspect of the process that is repeated after just about every other step, which makes the sanding procedure a vital one when it comes to adapting wood of any kind.

That is why having the tools to better assist you in the practice is the wisest course of action.

Technological growth allows us now to have faster, more efficient means of achieving our goals, and for woodworking, that includes the use of benchtop drum sanders.

These devices sand down wood of various kinds and thicknesses in record time. They have been built smaller and with more features that should further contribute to making the step of sanding fast and painless.

We’ve reviewed some of the best drum sanders that fit on a benchtop available, to help you find the right one. We go over each one in detail below, but for those in a hurry here is a quick feature comparison:

A pressing consideration to have for new equipment is how they fit into your space. It is suggested that you look into tools that are easily portable, which will aid you long-term in times of both use and disuse. The ability to simply pack up your sander and place it in a back corner of your garage, storage unit, or wherever is most convenient for you is an immensely helpful feature of new technology, as well as one that is very much available to you here.

So, here are our top 4 benchtop drum sanders – that are both portable and easy to use.

The JET 628900 Mini 10-Inch 1-Horsepower Benchtop Drum Sander has been reviewed by seventy-nine customers who have been mostly pleased with their order, as shown by the following: 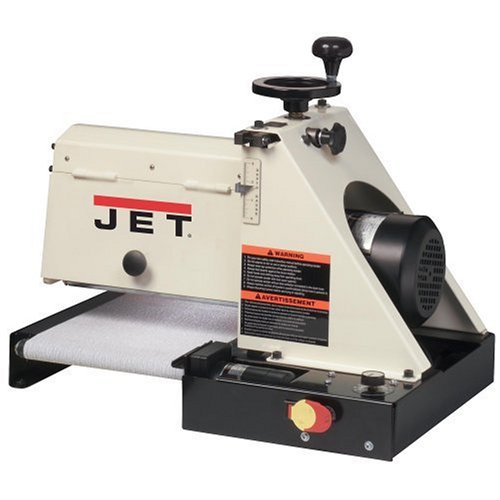 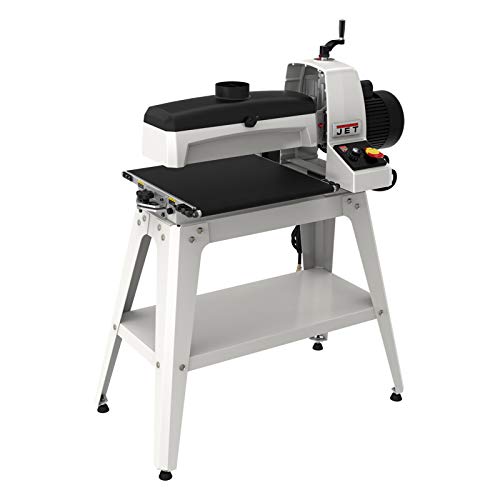 The SUPERMAX TOOLS 19-38 Drum Sander with Open Stand has a 4 out of 5-star rating on average and was released in June of 2017. Some aspects about it to keep in mind: 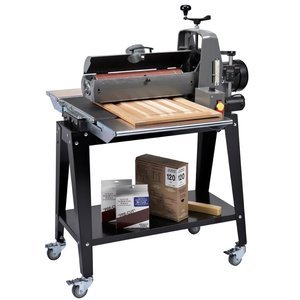